I've Got Plenty To Be Thankful For!

Bing Crosby – I've Got Plenty To Be Thankful For - Single Version

As you may know, things changed for me dramatically on Sunday, January 26, 2014! My husband and I walked in the back door and were greeted with a waterfall in our sunroom. As we were screaming and running around, we realized there was also a waterfall in our butler's pantry. Our next door neighbors came over and helped us move our belongings away from the water and a friend who owns a plumbing business sent one of his men out on a cold Sunday night to cut off our water. Then our neighbors helped us mop...and mop... and mop! There was a LOT of water! It was determined that a pipe in one of the upstairs bathrooms had frozen and later thawed and burst. All the water had collapsed the ceilings in both the sunroom and butler's pantry.

Next morning, our insurance agent came over along with our friend who is a historical building contractor. The insurance company OK'd the removal of the vinyl flooring in the sunroom, butler's pantry and kitchen, since it had flooded at least part of all these rooms. Several visits from an adjuster (who got sent to Atlanta during their deep freeze, which delayed our claim for a month or so), we could finally start the repair portion of the project.

We decided that this was as good a time as any to go on and renovate the kitchen, the small mud room attached to it and the butler's pantry. These needed to be renovated, so with everything already being torn up, it seemed like a good time.

BUT all the contents of the Sunroom (which has 4 closets), the Butler's Pantry (which has a walk-in closet), the Kitchen and the Mud Room (which was basically a storage room) had to go into the rest of my house. The Dining Room got filled up first - which made my tablescaping impossible. By the end of the project, the Dining Room looked like Mrs. Haversham's in Great Expectations. The dust of months with the dust of four rooms being sanded added! And NO, I didn't take pictures!!!

But as of a week ago, my Dining Room is back! Just in time for Thanksgiving! I'll be sharing the new room renovations in the next couple of weeks, but for now - here is my Thanksgiving Table! Have a wonderful Thanksgiving everyone!

I will be sharing with the Tablescaping Party at Rustic and Refined. 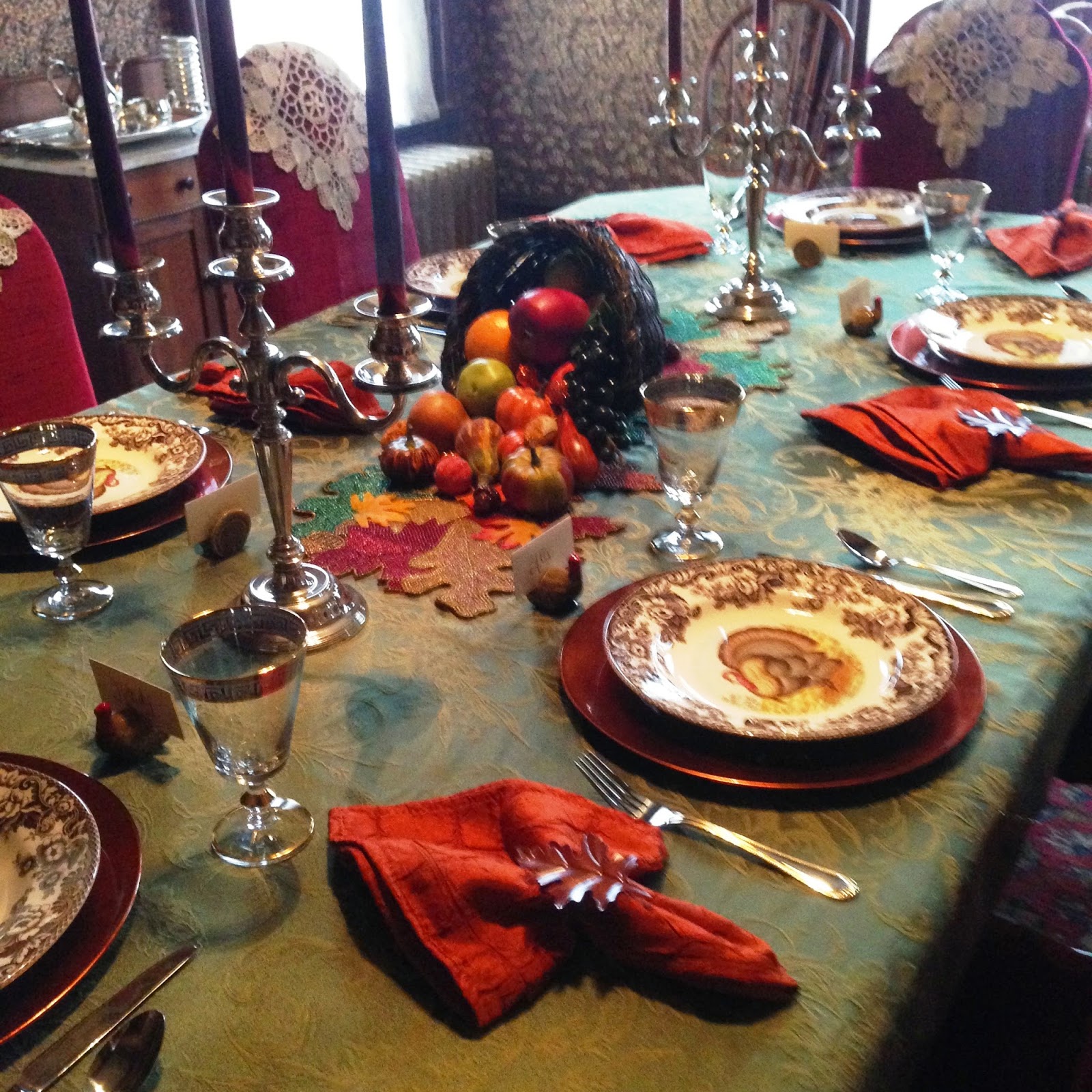 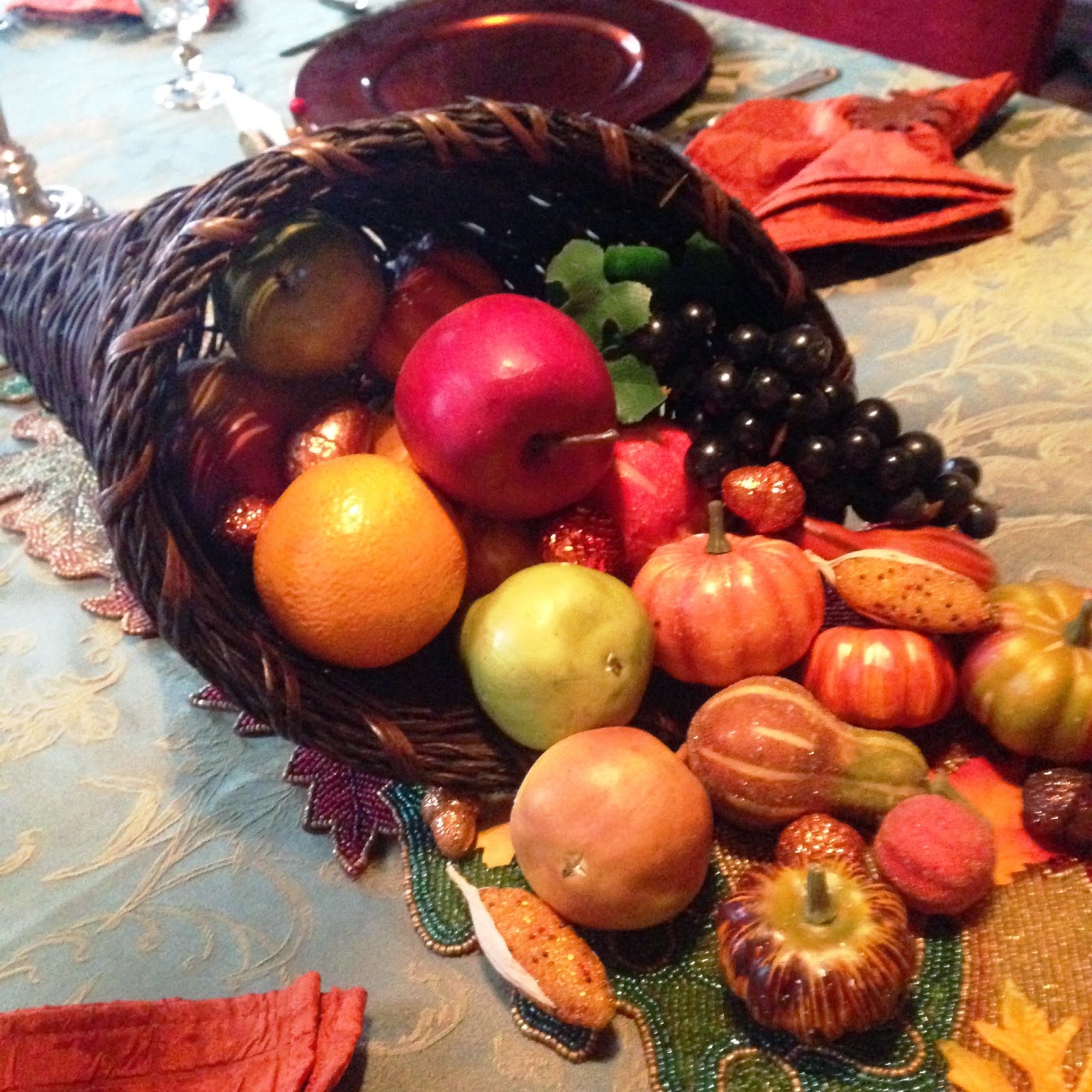 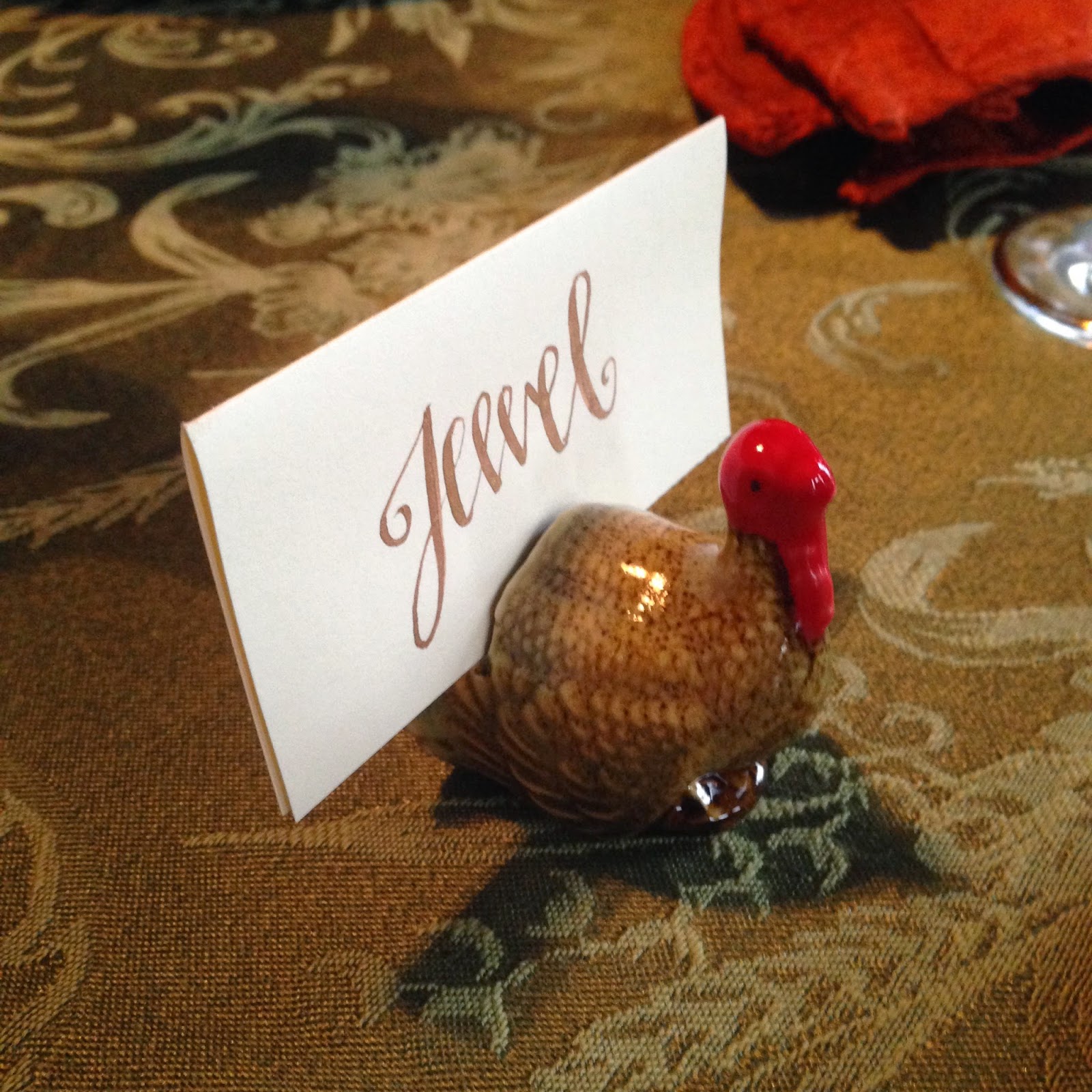 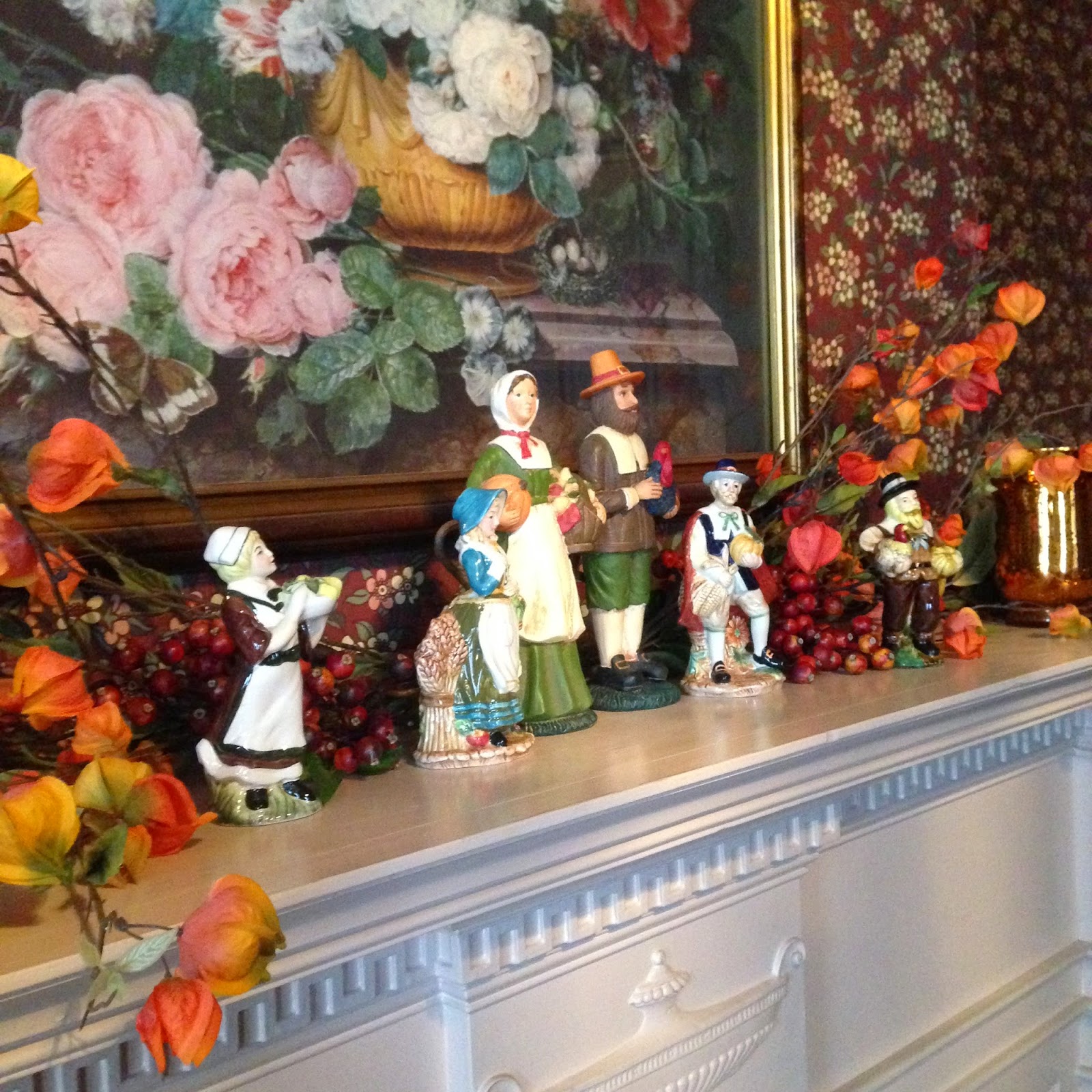 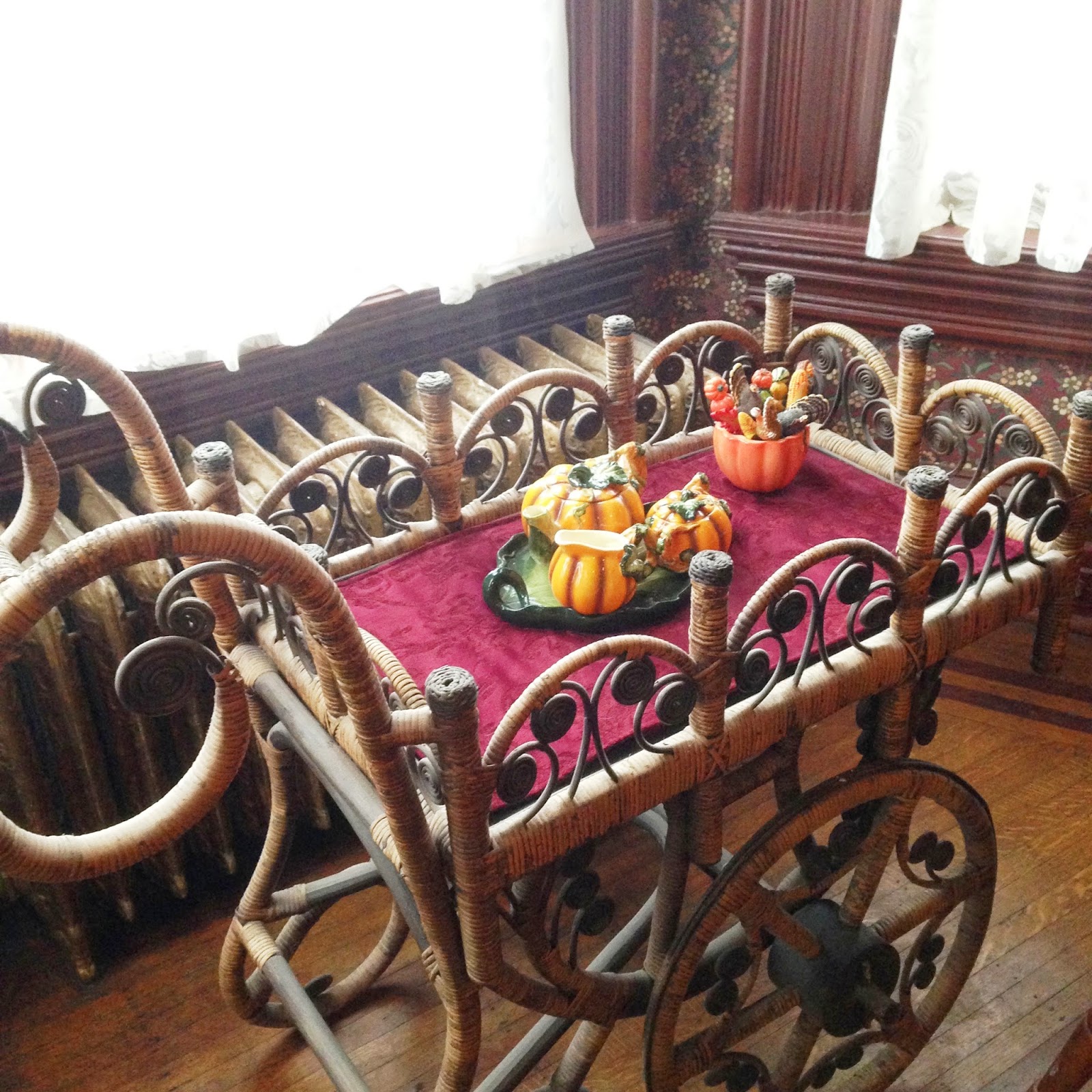